Craig Dalziel, CEO and Director of Oroco Resource Corp., brings 35 years of financial, investment and corporate governance experience to the company, most recently as President and a Director of ATM Mining Corp., a British Columbia resource management company which founded both Oroco and US Cobalt Inc. (originally Northern Rand Resource Corp​.) a TSX-listed company. During the mid-1990s, Mr. Dalziel was President and a Director of Ming Financial Corp., which financed and facilitated, as majority partner, the re-activation of the Rambler Mine and its 1000 tonne per day copper/gold processing facility in Newfoundland, Canada. Focused in the early 2000s on Asian resource opportunities, Mr. Dalziel was the founder and President of Sunda Mining Corporation, the forerunner of Southern Arc Minerals Inc., a TSX-listed mineral exploration company initially active in Indonesia, for which he was responsible for shaping much of the early business development strategy. 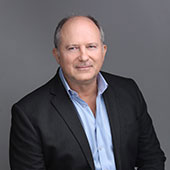 Mr. Graham is an accomplished mining professional with over 20 years of experience in the development and exploration of mineral deposits, mostly gained with major mining companies Rio Tinto and Anglo American, including as Chief Geologist with the Project Generation Group at Rio Tinto. Mr. Graham has been involved with evaluation and pre-development work on several projects in Canada and abroad, including Resolution Copper (Arizona, USA), Diavik Diamond Mine (Northwest Territories, Canada), Eagle Nickel (Michigan, USA), Lakeview Nickel (Minnesota, USA) and Bunder Diamonds (India).  Mr Graham studied Geology at the University of Regina and earned a BSc (Hons) in Geology at the University of KwaZulu Natal in South Africa. 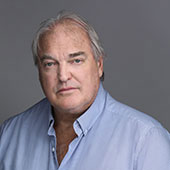 Stephen Leahy, Chairman of Oroco, has an extensive and diverse business background. Formerly the Chairman and CEO of American Tungsten Ltd., which was at one time the largest producer of tungsten concentrate outside of China. Mr. Leahy currently serves as Auracle Remote Sensing’s Executive Chairman overseeing the company’s strategic vision. He also recently led the team responsible for securing Valemount Glacier Destinations’ Master Plan approval for an international ski resort in British Columbia, Canada. 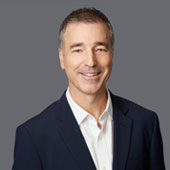 Steve Vanry’s career includes over 25 years with public and private natural resource companies at both the management and board levels. He concentrates on fund raising, mergers and acquisitions, regulatory compliance and financial reporting. Mr. Vanry is a principal in Vanry Capital Partners, a firm specializing in facilitating the transition of private natural resource companies to public listings. Mr. Vanry holds the Chartered Finance Analyst (CFA) and Canadian Investment Manager (CIM) designations and is a member of the CFA Institute and the Vancouver Society of Financial Analysts. 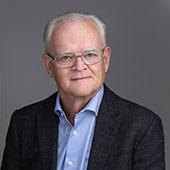 Robert Friesen, a P. Geo. (Ret), has served several major and junior mining companies, including five years with Teck Exploration Ltd. and 17 years with the Noranda group. Mr. Friesen has extensive experience in underground and open pit mining operations, mine area exploration, and the development of mining projects from pre-feasibility through production. Mr. Friesen has worked with a number of multi-scaled open pit and underground mining projects including, most recently, the Afton-Ajax Project near Kamloops, B.C., Canada. 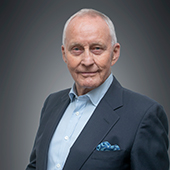 Mr. Rice is a well-known international entrepreneur with a career focus on the mining and renewable energy sectors.  His considerable knowledge of the capital markets has directly contributed to the success of numerous early-stage public and private companies. 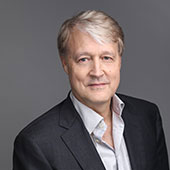 David Rose has been a practicing lawyer since 1990. After working as an agent prosecutor for the Department of Justice and as Crown Counsel for the Attorney General of BC into the mid 1990’s, Mr. Rose began working in a mix of private legal practice and venture finance. He has been providing legal and management consulting services to resource companies and venture start-ups for the last 20 years. Over the course of his career, Mr. Rose has gained significant experience and expertise in multi-jurisdictional transactions and legal matters in Mexican resource law.

Ken Thorsen commenced his extensive career in the mining industry in 1970 with Australian Selection Trust in Western Australia. During his three year period there he was responsible for the discovery of the Leinster Mine in 1971 (Ni Cu) and managed the project through to preliminary feasibility study. In 1980 he joined Teck Exploration Ltd as District Manager, for Ontario, Quebec and Manitoba, and was instrumental in the discovery of the Estrades massive sulphide deposit in Quebec. In 1994, Mr. Thorsen was promoted to senior positions in Teck Corporation and in 1998 became President of Teck Exploration Ltd., in charge of exploration and administration of exploration in 17 countries. Mr. Thorsen has served as a Director of a number of junior mining companies, notably Capstone Mining and Newstrike Capital, as well as Oroco. Mr. Thorsen has received a BSc in Geological Engineering and is a retired P. Eng (Ont and B.C).

John Thornton’s career as a principal consulting mining engineer spans over four decades, working in all aspects of mine planning and management, mine construction and commissioning of numerous world class mining projects.  Highlights of John’s career include over a decade spent with Amax, Inc. as head of Operations Research and Amax Technical Services group. At Amax John was responsible for ore resource and mine design, operations research, and major project management services and oversight. From 1991 until 2005, John was Vice President and Chief Consulting Mining Engineer for Mintec, Inc. then the largest supplier of geological and mining software in the world. During this time John oversaw and was responsible for work on numerous major projects, including geology and mine modeling, annual production plans and schedule for operations for the Cyprus Miami (Globe, Arizona) Mine, and, as Chief Consulting Mining Engineer for Musto International, was responsible for all aspects of planning and commissioning of the Bajo de la Alumbrera Copper/Gold Mine in Argentina and the development of a 200,000 TPY SX-EW copper operation at Tenke Fungurume in Zaire (now the Democratic Republic of the Congo). In 2005, John became the Chief Operating Officer of Gammon Lake Resources Inc., responsible for developing both the open pit and underground mines, and oversight of the construction activities at the Ocampo Project in Chihuahua, Mexico, leading to the commissioning of that mine in 2007. John was educated at NYU, Krumb Scholl of Mines and the Colorado School of Mines.

Mark Stevens is a highly experienced exploration, evaluation and resource geologist who was formerly the V.P. Exploration for Augusta Resources, whose primary asset was the world class Rosemont Copper Project in southern Arizona.  He was most recently V.P. Exploration for Brio Gold with production and exploration in Brazil.  Prior to his time with Augusta Resources and the Rosemont project, Mr. Stevens was a Principal Geologist with the international mining consulting firm of Pincock, Allen & Holt. 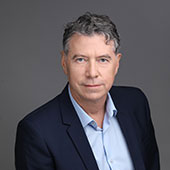 Adam Smith has a career of over 25 years in business and corporate finance and has been a consultant to Oroco since its formation in 2006 and is a co-founder of Altamura Copper Corp.  He is responsible for liaising with Oroco’s business and investment partners within North America and overseas. Mr. Smith holds a BA in Philosophy from the University of British Columbia.

Charles Magolske held the position of Vice President – Corporate Development & Marketing at Augusta Resource’s Rosemont Copper project until its acquisition by Hudbay in 2014 for USD $555 million. Mr. Magolske most recently was the Executive VP, Corporate Development at Half Moon Ventures, a renewable energy company, and today continues in an advisory capacity. Previously, Mr. Magolske served as Vice President-Business Development & Strategy at FreightCar America, Inc., and Vice President-Marketing of Trinity Industries, Inc. Mr. Magolske holds a BS in Engineering Technology from California Polytechnic University in Pomona, California, was a registered Professional Engineer in California, received his MBA from the Darden Business School at the University of Virginia and holds a Law Degree from Loyola University in Chicago, Illinois.